This performance explores four basic emotions of a child, each represented by a dancer performer: rage, sadness, joy and anxiety.Staged in a neutral space, the scenes are set using sound design and vocal recordings which give the performers starting points for showing us the dramatic changes and emotional situations in the daily life of a child.

What if the world suddenly goes topsy turvy? All of a sudden, everything is different; Emotions explode, collide and get tangled up with each other. Bodies and hearts are „drunter und drüber.

„drunter und drüber“ enables an audience (six-year-old and older) to experience emotions in a both playful and physical manner. While being entertained, the children learn that emotions, once they allow themselves to explore them, aren’t all that hard to understand. The production examines the chaotic mass of contradictory emotions that are present in a child’s mind/soul. Each dancer embodies one of four basic emotions: joy, sadness, anxiety and rage. The dancers tell a tale of interacting emotions in front of a backdrop of a series of unexpected situations. Upon entering an immersive landscape that represents the inside of a human body, the audience find themselves next to the dancers/performers. This creates an intimate atmosphere that invites the audience to explore emotional chaos and different possibilities of disentangling it. 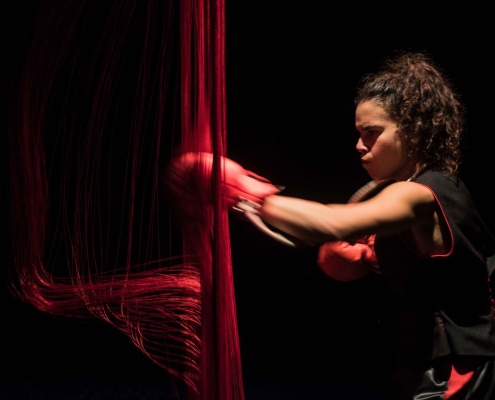 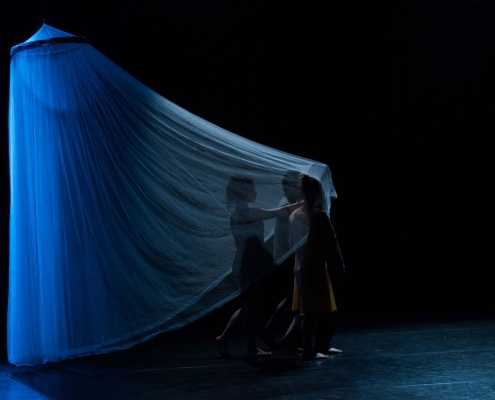 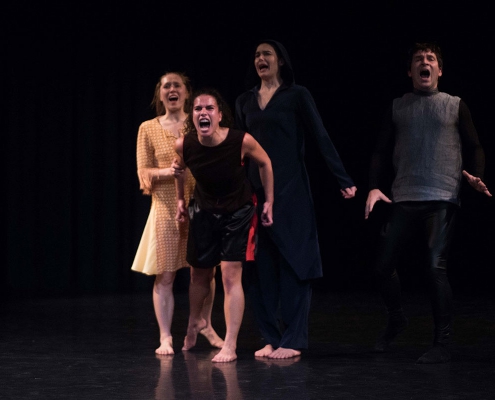 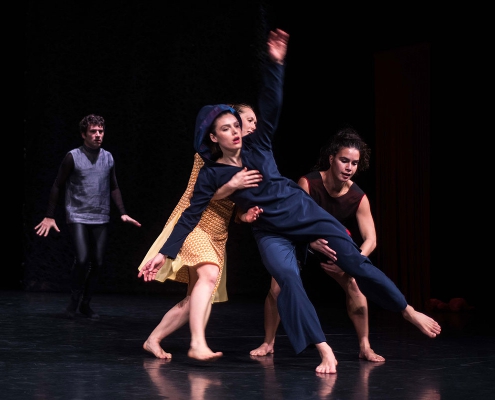 Premier on 25th of October 2019 at Uferstudios in Berlin

A Production of Canan Erek, kindly funded by The Capital Cultural Fund (HKF).

“The FEAR shuffles through the room crouched in the face of the impending first day of school, terrified of invisible ghosts and triggering thunderous laughter with excited hyper-anxiety outbursts. Furious and draped in oversized boxing gloves, the RAGE prances aggressively through the rows with clenched fists, causing a sensation with pure physical presence. Elated, JOY hops from one foot to the other, crossing the stage in cartwheels, while SADNESS is at least as heartbreakingly unable to be cheered up…”
Alexandra Hennig – tanzschreiberin – 27.10.19