A body pushes itself off the ground: a reflex-controlled creature. It attempts the metamorphosis to water, to air, tries to lift its bondage to the earth. It goes through various states, dreams the archaic dream of flying. The miracle succeeds. The creature develops into a human being and in the end seems to overcome gravity itself. 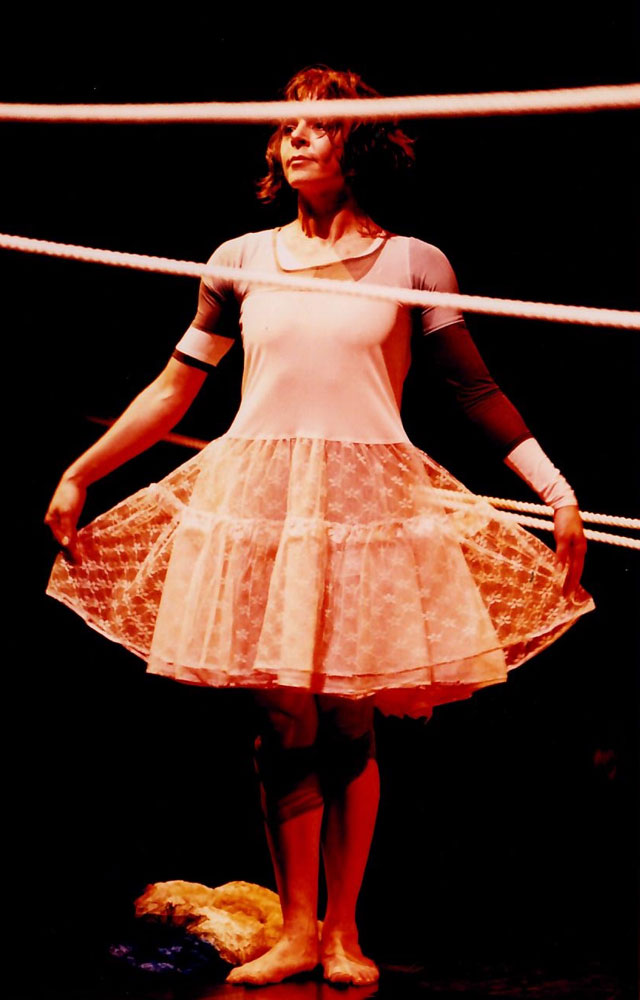 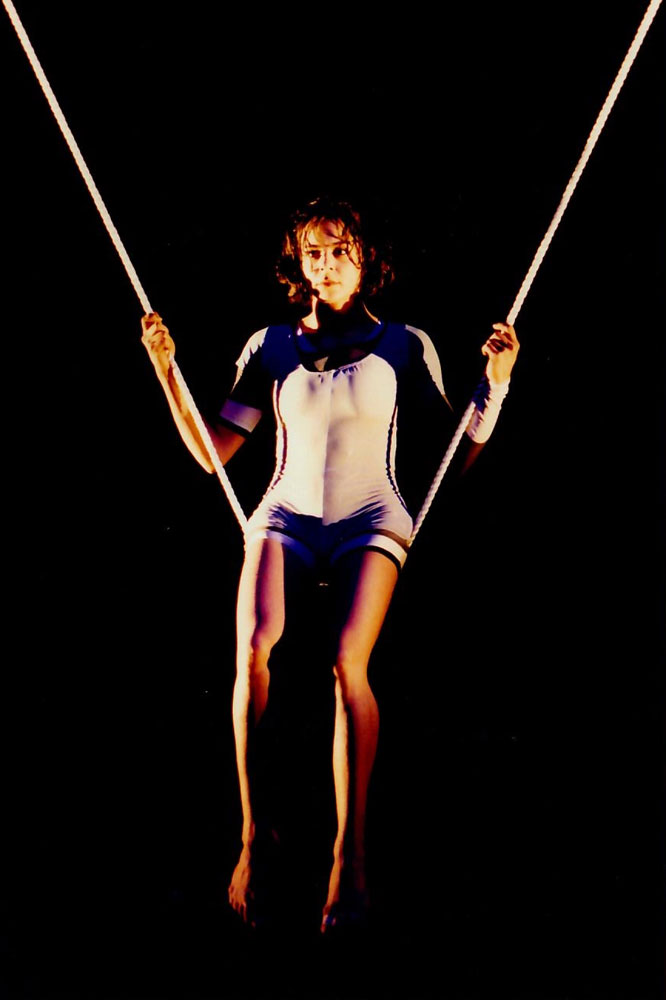 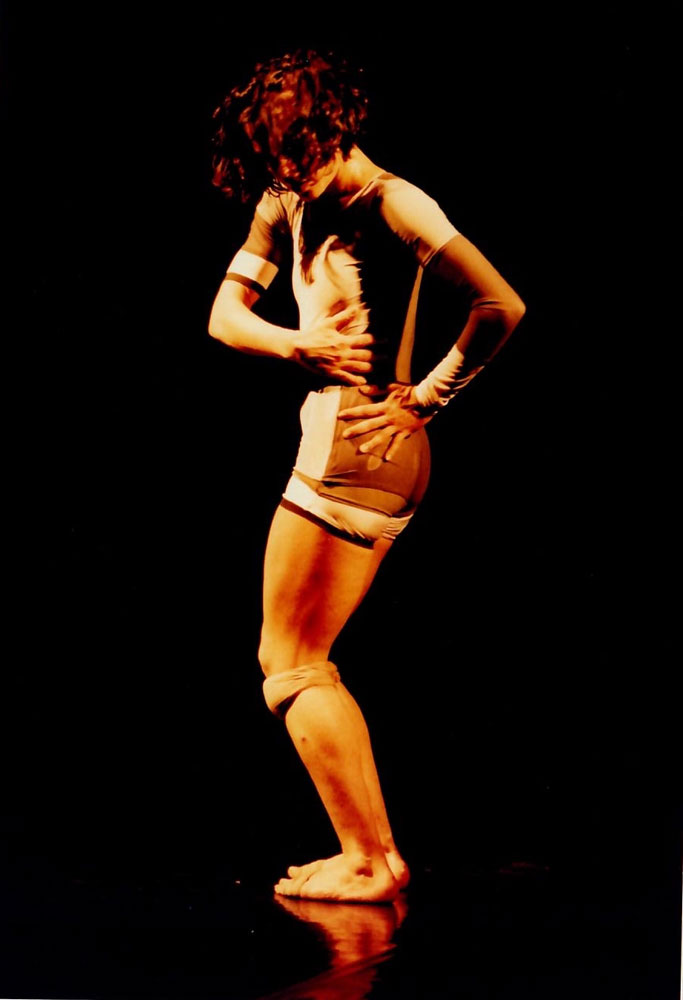 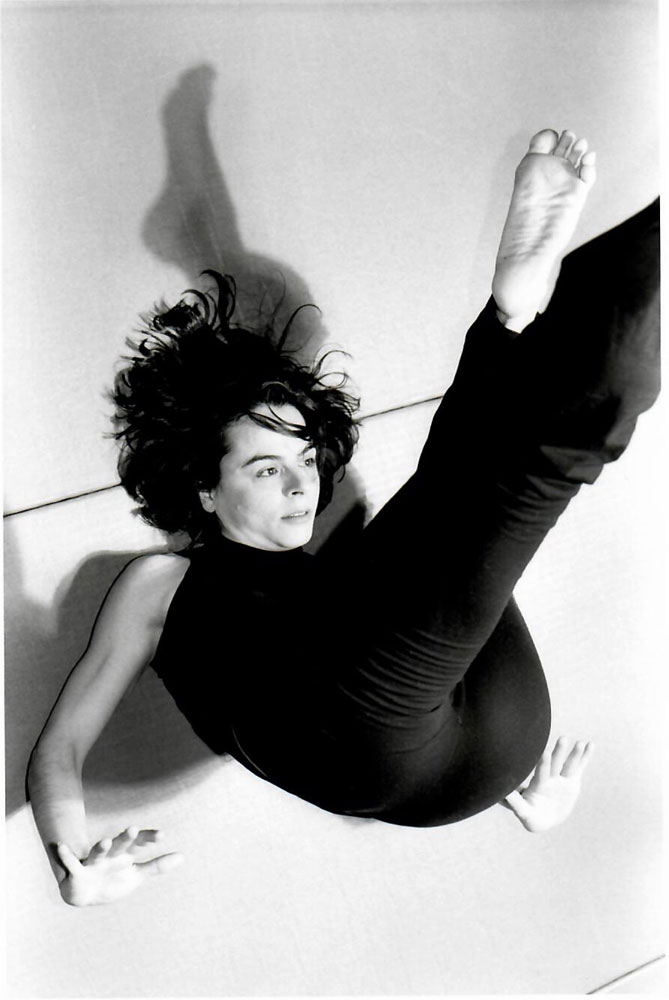 “…However, “Edurchmgleichcquadrat” is at its best when it dispenses with such unscrupulous references to the world of things, leaving the grandly figurative movement and the sacred seriousness of space and time to their own devices. In Erek’s work, abstract movement is at the same time the most concrete in such calm moments. It is the sheer dance movement. ”
12th of December 2001, FAZ – Franz Anton Cramer

“..An unbelievable power can be felt inherent in the movement. Canan Erek creates breathtaking intensity…..one believes to see a divine spark of dance flashing – a dance that is simply there, self-explanatory, requiring no subsequent attribution of meaning.”
November 2001, Berliner Zeitung – Tom Mustroph

” … after an age that passes in a few moments, the rapt viewer, unaware of the programme, glances at their watch, captured by Erek’s highly concentrated solo, which begins in an evolutionary fashion, peaks in a tour en l’air and returns to stillness like trembling dew. … in terms of pure dance, Erek’s art is brilliant.“
June 2001, Ballett International – Arnd Wesemann

“… the inevitable corporeality of the human body, which peels itself out of the darkness, is almost completely masked by Canan Erek’s fantastic twisting and the intertwining of her limbs. Music and muscles meld to one structure. Canan Erek maintains the balance between abstraction and metaphor. Alongside her and the music, the ‚world‘ as a third person is represented solely by a rope (stage design: Alexander Roessner) which alludes to spatial situations … not for a single instant is the equilibrium between sound and motion disturbed. In free counterpoint, dance and music intervene in each other. Yet, the reduction of the processes on the stage is anything but dry, allowing the observer to sink down gently to the depths of of a supertemporeal nature consciousness. Balance, rhythm, a sign in the emptiness: this is the ideal of art.
11th Mai 2001, Berliner Morgenpost – Matthias Entres
Scroll to top